since the last update, I experience that when opening comments (Community Tab → feed → Comment), they get shortened by the app. So its just possible to read the first couple of words of the single comment and then the app shows “…”. When updating (pulling down the screen), the complete comment appears.

Does anyone else experience it?

-What is the brand and model of your mobile device? (for example iPhone 13 / Galaxy S21)
iPhone SE

-Which language is your app set to?
German

-Which timezone/state/country are you in?
Berlin

-What date and time did this problem occur?
continously when scrolling through Community feed

I’ve taken a look and everything looks as expected for me on both apps-can you throw a screenshot or two below so that I can see what you are trying to describe exactly?

I have the same issue on exactly the same device / settings as @Liverputlian.

And on certain posts the last line vanishes when clicking the post. Will try to create a screen recording …

That would be amazing Freddy

You can upload it to Google Drive or something similar if you need to.

Video 1, with Assistive Touch enabled to show where I touch, shows that test vanishes by touching it - both within the feed (watch closely, just before the Post is shown) and in the Post itself.

Video 2, without ATouch because of the swiping, shows that text gets replaced with ... (again both in Feed and Post) and that the lower most text / comment is overlapped by the comment input field.

Hope this helps and clarifies the issue! If not, just tell me what you need…
Cheers
Freddy 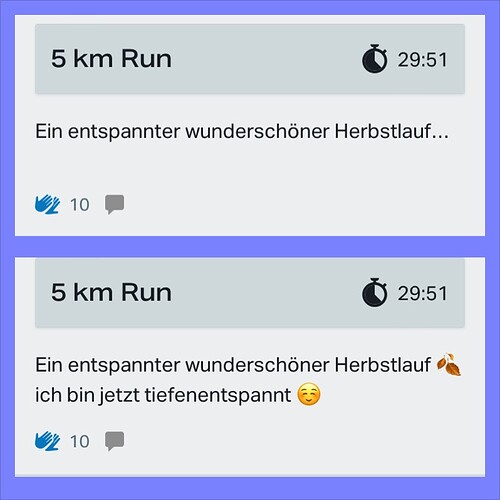 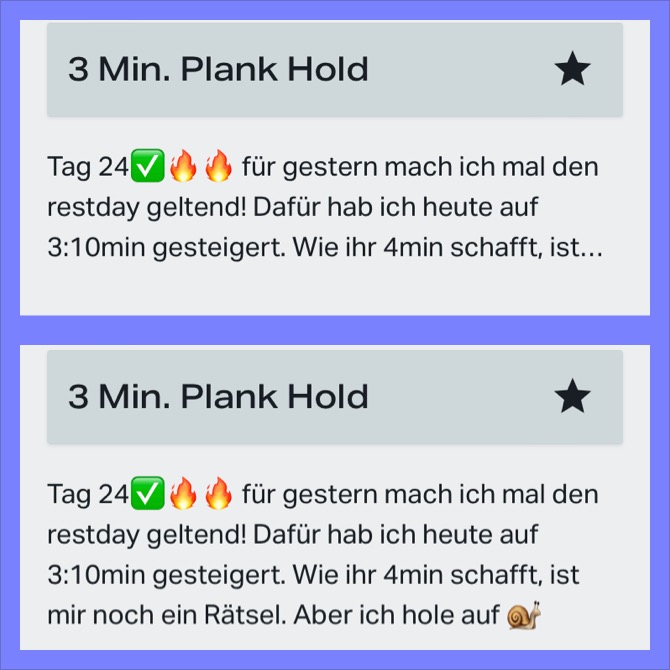 @Ben both are examples for the text of workout achiever. Once the screen is pulled down again, the complete text is visible.
As soon as I find an example for comments, I will post it as well.

Thanks Freddy and Michael

We’ve got enough information to look in to it